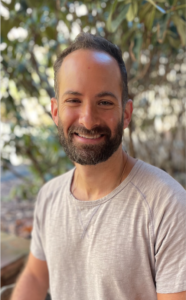 Since graduating from Gulliver, Ricky has earned degrees from the University of Pennsylvania (BA), Duke University (Law), and New York University (MBA). He has been actively involved as an operator, lawyer, investor, and advisor to early stage tech and media companies. In addition to working with Karim Amer ’01 on the recently released HBO documentary series, The Vow, they worked together on a Virtual Reality project titled Persuasion Machines, featuring will.i.am, which premiered at the Sundance Film Festival last year!

The Vow, is a documentary series available on HBO and HBO MAX about the NXIVM cult organization and the individuals who escaped and exposed its nefarious activities.  The series reveals the story behind the headlines and explores the emotional toll on the many victims of the cult. It was created and directed by Karim Amer ‘01, and his wife Jehane Noujaim. Other Gulliver Alumni involved in the production included Pablo Berron ‘01 (Creative Director/Special Photography), Christopher de la Torre ‘01 (Associate Producer/Editor), and Gabe Travis ‘02 (Assistant Editor). The show was tremendously received by critics and audiences. So much so that a second season has been announced and is already in production!

Q: How did you get involved with creating the Vow?

A: Two years ago Karim asked me to help with some of the legal and business aspects involved in making the series. Producing a series, as opposed to a feature length film, involved so many moving parts and ended up requiring a very large team of individuals working on the creative and business sides of the production.

Q. As a Gulliver alum, what advice would you give to current students?

A: As a student, you have an amazing opportunity to take chances and deeply explore things that interest you. Also, be kind to everyone and focus on things that will make you a better overall person.

Q: What is one of your best memories at Gulliver?

A: One of my best memories would have to be winning the Florida State Championship in football my senior year.

Q: What experiences did you have at Gulliver that helped prepare you for college and beyond?

A: My education at Gulliver left me well prepared for college and beyond. I am especially grateful to my Gulliver teachers, who challenged me but also took interest in me as a person. My experiences as part of numerous sports teams taught me important lessons about hard work, teamwork, and preparation needed to accomplish lofty goals.

Q: What alumni events have you attended and which do you look forward to the most?

A: I have been to a few reunions and networking events, and always enjoy catching up with fellow alums and hearing what they are up to.

Best Amazon purchase you made during quarantine: Resistance bands! Doing a lot of in-home workouts.

Last book you read: The Great Believers by Rebecca Makkai

A movie you can practically quote from start to finish: Parent Trap (Lohan version)