Our alumni carry a special piece of Gulliver Prep with them; memories of a favorite teacher, a love of science or the arts, lifelong friendships, and for some, a special Gulliver love story! Read on as our alums share their unique love stories that started right here at Gulliver Prep. 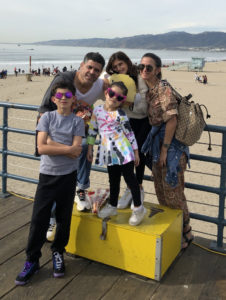 Josh Schiffrin ‘95 and Jackie Schiffrin ‘00 met when Jackie was 19 years old through a mutual friend. They have been together for 18 years and married for 13 years. They got married in a small ceremony at The Ocean Club on Paradise Island, Bahamas with a handful of close friends (who all also happen to be Gulliver alumni!) and family. They live in Pinecrest and have 3 children (Brooklyn 12, Ryder 10 and Skylar 5) and a dog (Penelope)! 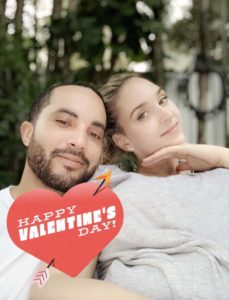 Donovan Varner ‘08 and Patricia Barreira ‘10 met at Gulliver back in early 2008. Patricia did not know how to speak English at the time as she had just moved from France. However, this did not impede them from noticing each other in the hallways! One day, Don went into Patricia’s computer class before the bell rang and sat next to her. He proceeded to go to Google translator and translated from English to French. They had a brief conversation through that and as the bell rang he asked her for her phone number. The rest was history! In July 2018, they welcomed a healthy baby girl named Sienna. 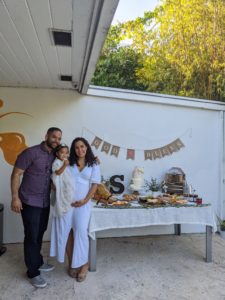 It’s the year 2005 – it all started off innocently before Erik Lichter ‘08 and Stephanie Dierickx Lichter ‘08 even knew what love was as little freshman in the Gulliver Prep hallways. But before long, they knew they were meant for each other; “the football jock and the orchestra nerd” (as Stephanie describes). They both ended up at the University of Miami – Erik playing football and Stephanie completing her music education degree. They have been happily married for the past four years and have one daughter, Samia, and another daughter on the way in May! Stephanie is still playing the violin teaching students as well as running a home decor blog and Erik is a successful attorney with his own law firm. You can also find them both bringing joy to everyone one cookie at a time with their cookie company, Sweet Lich’s! “Neither of us attended Gulliver before high school…we sure are glad we became Raiders!” 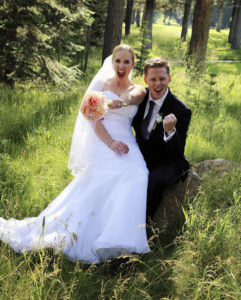 JT McCook ‘09 and Erin Mundy-McCook ‘09 met and started dating their senior year at Gulliver. JT was on the lacrosse team and Erin was on the dance team. The day after their first date, they had their first rehearsal for senior stomp. They have been together ever since! They did 4 years of long distance while in college and then got married, bought a house, and are expecting their first child this summer! 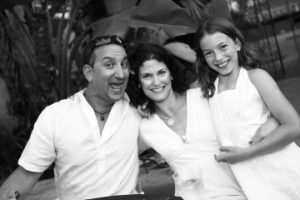 Despite having the honor of being the Gulliver homecoming princess two years and the queen for one, I was painfully lonely for most of high school and wish I opened my eyes to see what and who was around me – the love-of-my-life around me every day for two years (9th & 10th) in the hallways of school. What I remember of Bobby during school are a few moments I will share:

I graduated in 1986, Bobby 1984, the same year as my older sister Nancy. My first adult connection with him in 1997 was at a party on a rooftop. It was sudden, short, and sweet. I was single and en route to India for a yoga training. While there, he shared the unexpected words, “I think I am in love with you.” I giggled his words away as a fleeting and insincere moment. A year later, we met yet again, this time at a dinner party. His unexpected appearance, sitting across from me, still no real conversation. I was 29 and had given up on finding my true love. I had to leave the dinner early to pick up a friend from the Miami airport and he popped out of his chair insisting on joining me. After a few jogging dates as “friends” and a first kiss behind the Chart House in the Grove at Sunset Place, my soulmate and I were finally one. The birth of our daughter, Sarah Ruby, 20 years ago on February 26 will mark twenty-two years since our wedding, which was on a boat south of the Key Biscayne Lighthouse amongst family and friends.  As Bobby likes to say “it feels like only 22 minutes…under water.” – Mia Rosen Glick ‘86

Senior year, one random day, I arrived at school super late, 1:30 p.m. ish, right after lunch break. I must have had a dentist appointment or something. After getting my signed yellow-slip from Ms. Fitzgerald’s office and walking past the backside of Ms. Krutulis’s office en route to class, I had a moment with Mia. At that time of day, every Gulliver student was sitting miserably in their 5th period class. All but one student. I remember clear as day, walking past that locker-area on the ground level by the South East stairwell, Mia standing outside her locker with all its contents on the ground. A perfect time to clean out her locker. I thought to myself “wtf? who would be cleaning out their locker right now in the middle of class, it makes zero sense.” We made eye contact for a brief moment and I simply walked away up to 5th period class. Truth be told, I have one real regret in my lifetime: not stopping in that moment to talk to Mia. I wish more than anything that we started 14 years earlier and ignited our life together in 1984. In a weird way, I view those years as years lost. I know it’s not entirely logical but it’s simply a feeling that rarely escapes me. Mia is the most kind and gentle soul, and probably the funniest person I know. No BS. And for the record I am not a big fan of Valentine’s Day, but it’s a worthy story to tell nonetheless. – Bobby Glick ‘84

Mia – Sidebar: Oh, yes, I remember the moment he looked at me while I was cleaning out my locker! After Gulliver, I occasionally encountered Bobby on the beach, taking a brief ride on his Hobie Cat (“Hey, want to take a ride?” – it flips and I rail into the sail (I think he’s a jerk)), a double-date (him with his ex, me with mine) riding the metro-rail to the Miami Arena in 1988, an epic Grateful Dead concert (sitting in the nosebleed section), me, starting a stadium-wave filled with hippies, a job working together preparing food behind the deli counter at the Natural Food Market in Dadeland Plaza, and so on. Never did we speak substantively and never did I think that he would be my future husband and love-of-my-life. Looking back, we led parallel lives, going to the same old Miami places: Swensons and Nathans in South Miami, Gooney Golf, the Kendall roller-skating rink and Kings Bay (where I’m sure he was the little boy with the way-too-big speedos passing me on the high-dive ladder). Never did I think Bobby Glick would become my beloved. The story of our families goes back multiple generations with our father’s fathers being friends, and our fathers having so much in common like their names, birthplace, graduating from the same high school in Brookline, same profession, their 6th born children married to each other (us), grandparents buried in same cemetery (I know, morbid but true), and many other lifelong events in common. Who knew?!